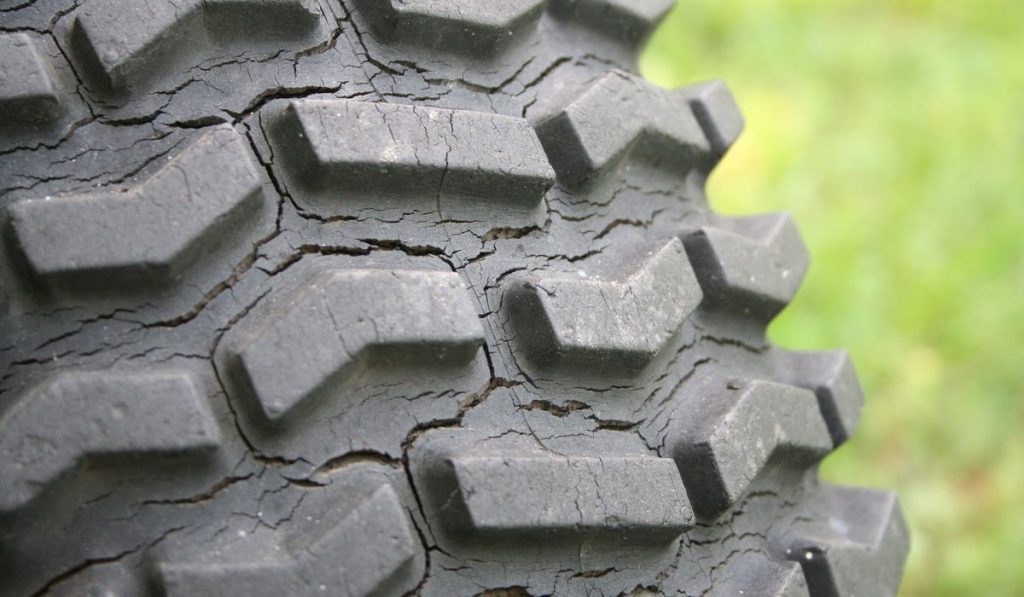 According to a new piece of research released by respected motor insurance experts ClassicLine Insurance, car tyres are actually at risk of degrading, even if you keep your car off the road or stored safely in a garage.

The study, published at the beginning of October, found that vehicles which are left parked outside are especially susceptible to what is known as ‘storage damage’, which occurs when cars are exposed to water and sunlight which ultimately breaks down the rubber on the tyres, and leads to cracks forming.

Even vehicles which are covered specifically to avoid such damage are not immune to the effects of the weather and atmospheric changes, with heat and air moisture ultimately contributing to rotting regardless of how well the vehicle’s owner believes they have protected it.

One of the more common causes of tyre rot is due to a lack of inflation, which results in air leaking from the rubber over time.

Without a vehicle having an adequate amount of air, tyres will ultimately distort, crack, and then perish. Numerous insurers and government safety campaigns encourage UK drivers to check their tyres once every four weeks if the vehicle is being used routinely, or if the car has been stored away for an extended period, to at least check before the first time the car is driven again.

Checking the status of a vehicle is even more important for those with classic cars, or vehicle that are over 50 years in age. These vehicles tend to be stored away for long periods of time, and because they generally have older parts – and therefore older tyres – they are far more likely to suffer damage during these periods of inactivity.

And, given recent MOT laws which were brought in in 2017, cars that are over the age of 40 do not require a test, which means that vehicle owners are liable to forget how important it is to regularly check tyre quality.

According to statistics released by the Department for Transport, defective tyres directly led to 384 accidents in 2017. And even if drivers do not end up involved in an accident, failing to look after their tyres could result in major financial penalties. Driving a vehicle that is found that have under-inflated tyres can lead to a fine of up to £2,500. Therefore, four tyres that are not road-worthy could cost a huge £10,000.