You're viewing Nexen N BLUE HD PLUS in 205/65 R15 94V. Make sure that these fit your vehicle before ordering. Click here to search

About Nexen N BLUE HD PLUS

Nexen N'Blue HD Plus is an improved version of N’Blue HD which was highly regarded by drivers. It is intended for passenger cars, included in the economy class and is equipped with an asymmetric tread pattern. In the new tyre, they have improved the parameters being crucial for safety.

Nexen N’Blue HD Plus is distinguished by stable driving and a short braking distance on wet surfaces, accompanied by a reduced rolling resistance which, in turn, has a positive effect on fuel consumption.

Stability during driving is the owed to three independent tread ribs going through the entire circumference. They are responsible for maintaining tyre stiffness at high speeds, which translates into better driving.

The system of tyre grooves is responsible for water drainage and protection against aquaplaning. However, performance on a wet surface wouldn’t be so good were it not for the wide circumferential grooves.

With Nexen N’Blue HD Plus, you will maintain an excellent grip on bends. This is ensured by the massive blocks located in the lateral section of the tread, which facilitates manoeuvring in variable road conditions.

The manufacture of the tyre included the use of special materials, aimed at dealing with two parameters simultaneously: low rolling resistance and wet grip. The same is also ensured by the optimised design. The special carcass placed in the tyre is responsible for the protection against damage, deformation and for stability.

It is worth knowing that Nexen is one of the best Korean brands of economy-class tyres. The company has been present in the industry for over 60 years and during that time it has gained recognition among thousands of drivers. In literal translation, the brand name is an abbreviation of the words “next generation”. In this way, the manufacturer wanted to emphasise their goal: to produce tyres which are advanced but still affordable. Nexen is present in many areas of motor sports. 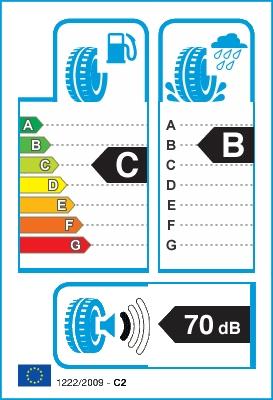 Not the right size? View all N BLUE HD PLUS tyres