You're viewing Continental ContiWinterContact TS 850 P in 215/60 R17 100V. Make sure that these fit your vehicle before ordering. Click here to search

The presented tyre is marked with 3PMSF symbol (Three Peak Mountain Snow Flake). It means that the tyre meets the EU requirements for winter tyres. The symbol is awarded after thorough tests of a tyre model in terms of snow grip.

The tyre features larger angles and shorter distances between blades as well as more sharp edges than its predecessors. This ensures that the tyre can disperse snow even more efficiently, resulting in significantly improved grip as confirmed by tyre tests, which have shown that the tyre performs 5% better on snow. This is also due to the special blade sipes and shoulders on the tyre's interior and exterior. Very short braking distances are primarily achieved by the central section of the tread which comes into direct contact with the road. The structure of this section ensures that the tyre responds rapidly to the driver's movements and delivers superb braking behaviour on wet and dry roads.

The tyre provides drivers with more precise steerability in any conditions, even when going round corners at speed. The Continental WinterContact TS 850 P also benefits from a high-durability carcass which can easily withstand the loads typically encountered by SUVs.

Information on the manufacturer:

Continental is one of the world's largest tyre manufacturers. The German company employs around 133,000 people around the world, and owns brands such as: Barum, Uniroyal and Semperit. For many years, Continental tyres have achieved top rankings in professional tyre tests carried out by motoring organisations and magazines. 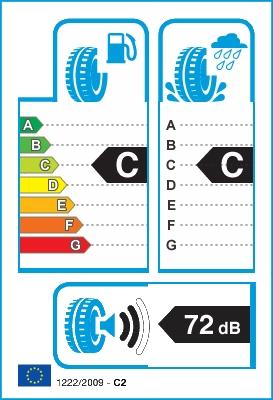 Not the right size? View all ContiWinterContact TS 850 P tyres